Finding the Tikvah in Grit 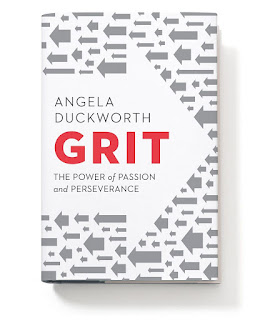 Angela Duckworth claims to have found the formula for success in her book Grit : “talent x effort = skill skill x effort = achievement” (Duckworth, 2016).             Grit is the combination between passion and perseverance. In this post you will learn how grit applies to Tikvah for Parkinson, and how you can grow grit in your own life to accomplish your goals. In the “paragons of Grit” interviewed by Duckworth, grit develops in a particular order:             First comes interest . Passion is connected to enjoying what you do, even if some aspects of your work are less attractive than others. The people who work for Tikvah for Parkinson have an interest in helping other people. Debbie Shapiro herself began the organization because she felt passionate about offering alternatives and a holistic service for the people with Parkinson in Jerusalem, with an emphasis in the Orthodox community.             Participants of Tikvah for Parkinson first show interest in coming to the organization
2 comments
Read more 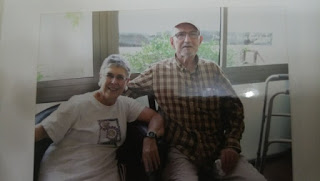 “And now write for yourselves this song and teach it to the children of Israel, put it in their mouths, that this song may be a witness for Me among the children of Israel” (32:19). Rabbi Elliot Marmon used to attend Dancing with Parkinson once a week for one hour, and Tikvah for Parkinson twice a week for three hours. During those three hours, Elliot practiced brain exercises, worked out, practiced speech therapy, did tai chi, talked with the community, did voice training, danced and singed. During my conversation with Elliot’s wife, Ilana Marmon, I asked her why all the emphasis on the voice. She answered that Elliot loves to sing, that he has a beautiful voice; that he is lucky because when some people with Parkinson’s speak up, you can hardly hear. Ilana Marmon was born in Tel Aviv, while Elliot Marmon was born in Philadelphia. Their paths crossed in New York City, when the student of business administration and marketing met the soon to be conservative Rabbi. Soon after fin
2 comments
Read more

- July 02, 2020
Sharon Friedman, the first Israeli woman boxing champion, describes her experience with boxing as follows: “Boxing is what I love and what I do best (…) There’s not just something completely physical, you are kind of a vessel for something spiritual and you feel it. You feel it just as much when you are working out as when you are in the synagogue, or when you are in nature. There are ways of feeling connected to God.”      A healthy body helps with a healthy mind, and that is why Tikvah for Parkinson prioritizes boxing and exercise as a way to cope with the degenerative disease. Several weeks ago, Sharon Friedman taught one of our boxing classes. She had unlimited energy when jumping up and down, punching at the air or bouncing between her feet. Most of us could not keep up, but we all had a great workout from trying! Sharon shared with us the story of her own fight with cancer, and how boxing helped her to deal with her own pain and anger. Life sometimes throws you punches, but
2 comments
Read more

No Borders Within People 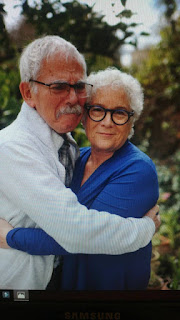 Amy Rosenthal is motivated by her grandchildren, her husband and by Debbie Shapiro’s drive to help other people. When I met with Amy last week to talk about her relationship to Tikvah for Parkinson as well as about her outlook on life, hope and inspirations, she wore red glasses, a big smile and a willingness to discuss her optimism and her struggles.  Amy is used to change. A California native, Amy and her husband Bruce made Aliyah to Israel about thirty five years ago and have lived in Jerusalem for the rest of her 71 years of life. Sixteen years ago, her husband Bruce was diagnosed with Parkinson’s disease.  At first he was able to continue normal life with the help of meditation. Amy describes herself as an optimistic person, but she says she never felt optimistic about Parkinson’s disease: “I hope for things to get stable, not for them to get better but for the disease not to get worse.” The first time Amy attended a Tikvah for Parkinson meeting four years ago, she thought that th
1 comment
Read more

Love in the Times of Corona

- June 11, 2020
My grandmother once told me the story of how she fell into a puddle of mud and lost her boots while looking for her doll in the snow. The first time she told me the story, I listened captivated by the hilarity that ensued when the baker and the tailor of the Shtetl grabbed my grandmother by her armpits and pulled her out of the snowy puddle, leaving her boots forever stuck in the hard ice. The second time she told me the story, I laughed at her description of the doll and of the red noses of the village’s kids that peeked under their fluffy hats. The third time she tried to tell me that story, I cut her off and said,“Grandma, you’ve told this story a million time, already!”      When my mom heard that, she pulled me aside and told me: “No matter how many times your Grandma repeats that same story, you will listen and you will learn something new.” I have carried that lesson from that moment onwards, through the rest of my nineteen years of life; I don’t know more than anyone e
1 comment
Read more